Bumble bees, honeybees, solitary bees – all species of bees are essential for the well-being of humans and the environment. In order to maintain sustainable and healthy bee populations, PoshBee aims to guide beekeepers and environmental managers in their decision-making and everyday practice.

Working hard to achieve these goals, in their everyday effort in the field PoshBee scientists are developing various technical innovations and tools that make the job faster and more precise. In a brand new collection of blog posts, we will collect these suggestions and ideas to share them with the world and make the work of other scientists in the field, as well as beekeepers much easier. Whilst not groundbreaking, the innovations and tools published here may give fellow researchers a shortcut to a solution.

An integrated system for field studies on honey bees

PoshBee partners Matthew J. Allan and Robin R. Dean proposed a novel integrated system of research equipment for field studies on honey bees in which each item is designed and built in a coordinated fashion to improve speed, ease, reliability, and accuracy. The system is built around several elements.

First, the Study Frame is constructed so that one or both sides can be fitted with a queen excluder cover held in place with clips. Each side of the top bar is laser-engraved with a unique identifier. 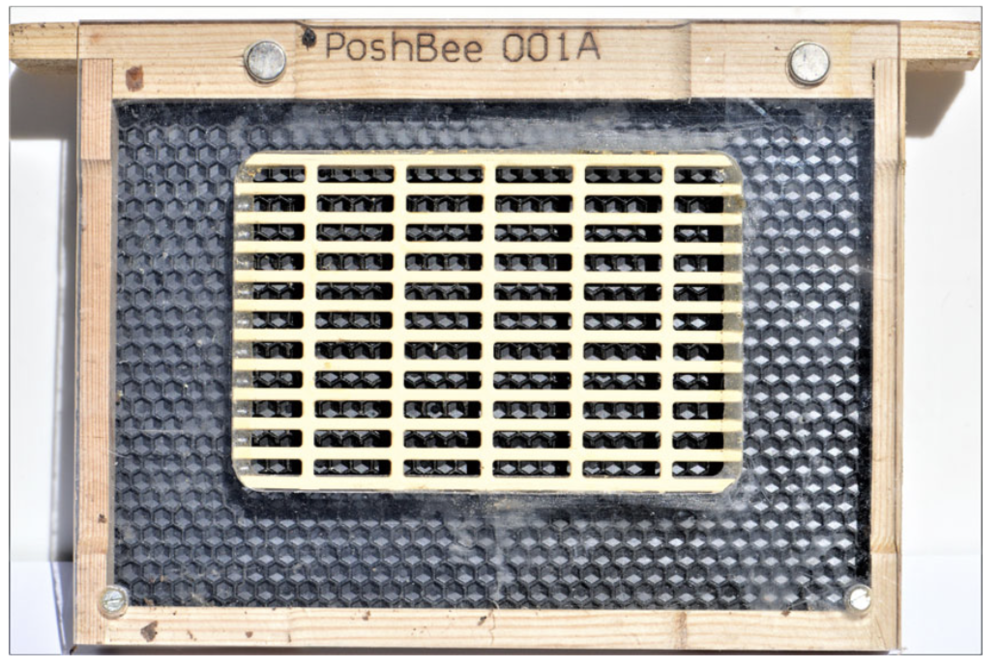 Second, the equipment also includes a Converter Hive which utilises the power of a large colony to create a small but stable study colony with a pre-determined and consistent number of adults and developing bees. 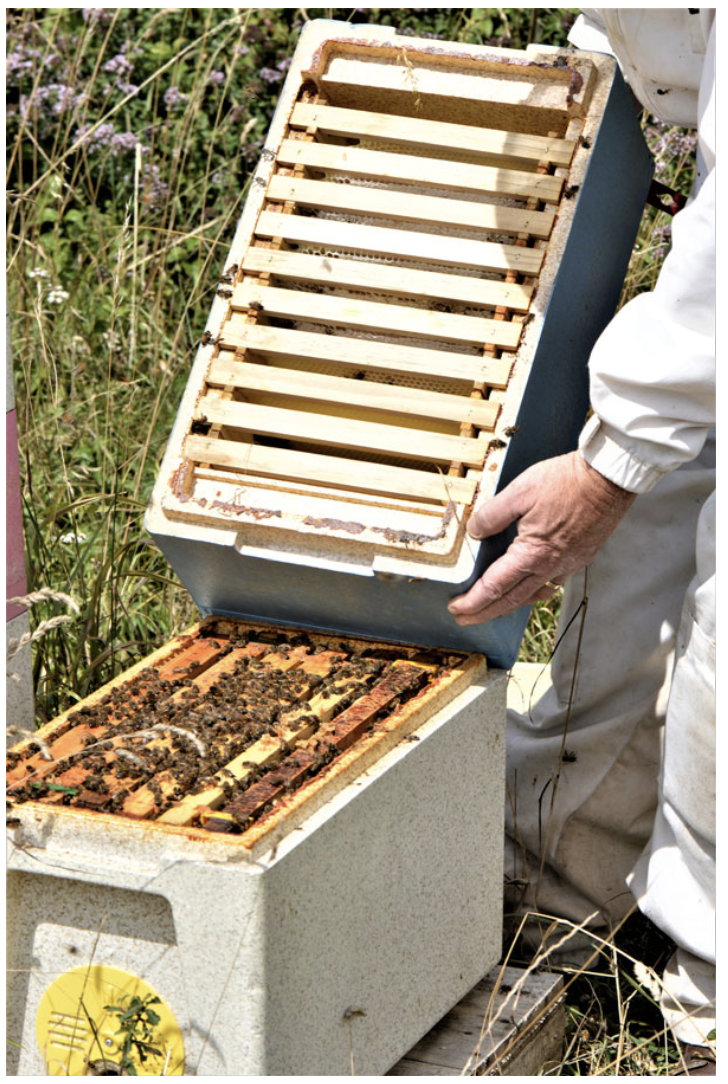 Third, there is a robust unit which integrates a hive stand, floor, varroa tray, support for scales, dead bee trap, and pollen trap, in order to simplify installation and use and deliver better data. 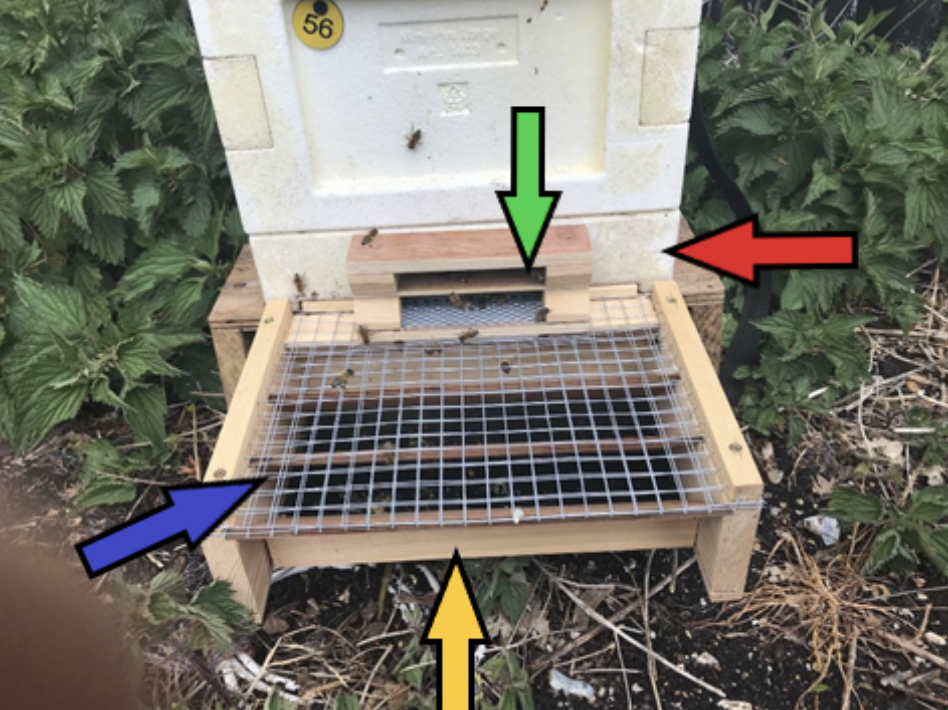 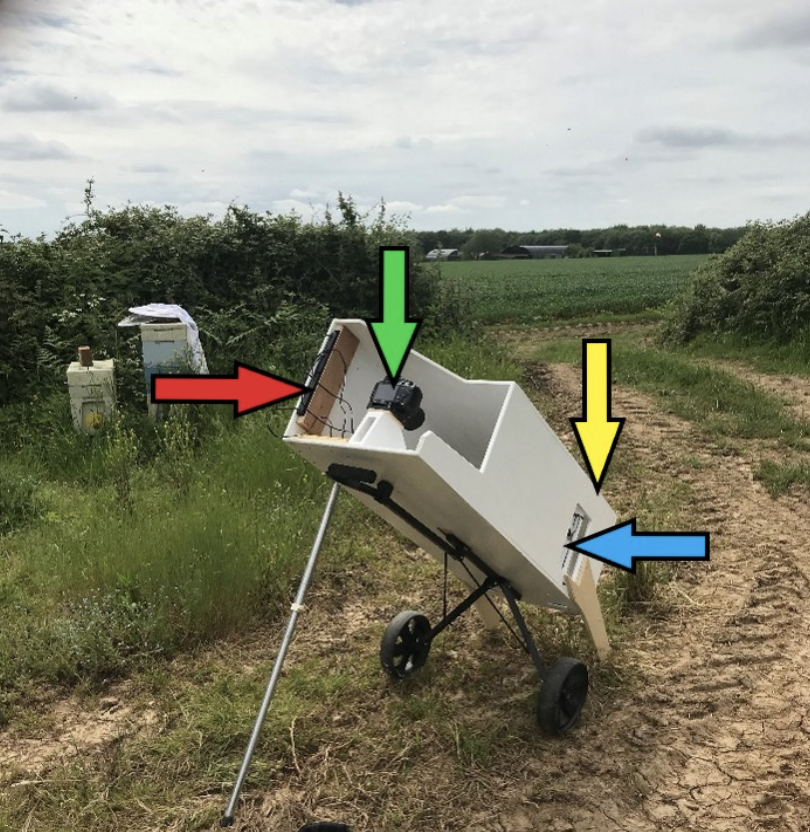 The integrated system of equipment for honey bee studies also includes frame carriers; candy feeders; winter shelters and a mobile work station for assembly of MPB colonies in the field.

Bee handling units to save your work from extra stings

The first edition of the rubric is devoted to Robin Dean‘s handy innovations. Robin is a second-generation beekeeper and expert on bees, as well as part of the Red Beehive Company based in Hampshire, England.

His first suggestion is a simple, yet effective, bee handling unit – a plastic box, which goes over the bumble bee nest, allows the researcher to open the hive and collect samples without being mobbed by angry bees (see photo). Another benefit of this solution is that the transparency of the box allows for the making of photos of the inside of the nest by using your smartphone. 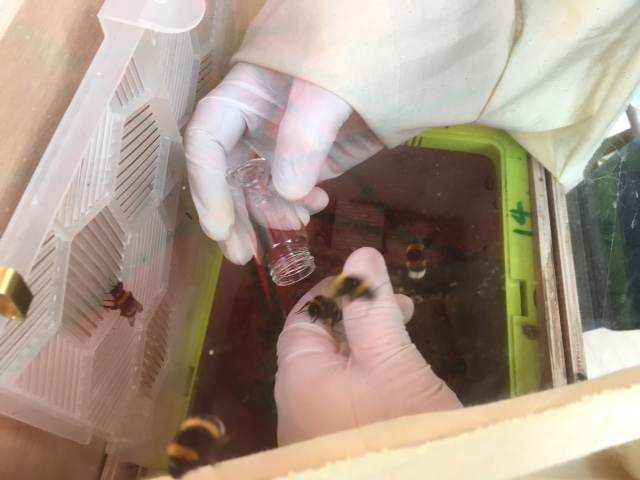 Another handy tool is the dead bee trap, which shows an easy way to determine honeybee mortality.  Very few people know that bees are, in fact extremely hygienic creatures, regularly cleaning their dwelling from all kinds of residues. As dead bees are dragged out and dropped away from the hive, the trap catches them and enables the researcher to get a count of how many have died in a given time period (see photo). 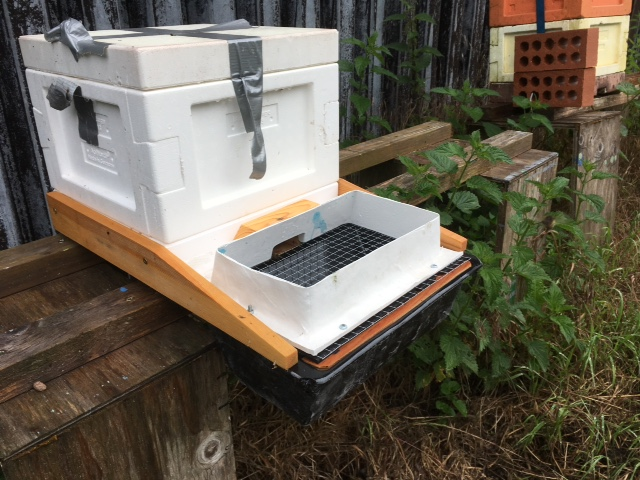 Another idea that Robin shares is the etching of serial numbers on the frames used during the fieldwork. This method is not only ecological, as the engraving is done with a laser and does not require any additional materials, but it is also a great measure against the mixing of data recording.  Additionally, the serial numbers can be easily read in a field environment (see photo). 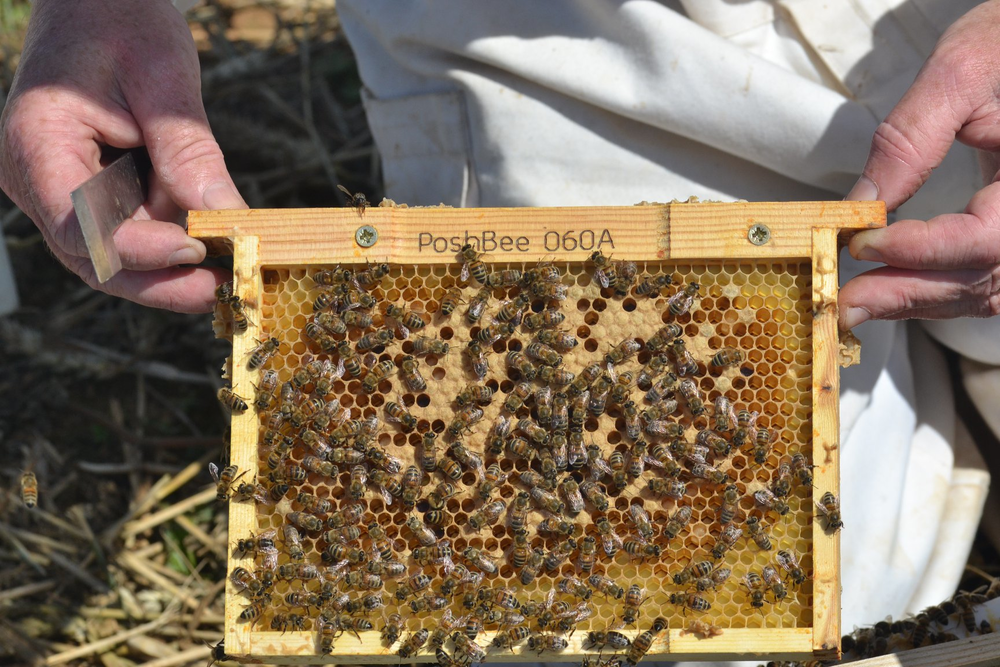 Another invention by Robin is a so-called "bee hotel", which he created for a UK supermarket group. The QR code links directly to their sustainability page with dynamic content about bees, Zero Carbon and other important themes. 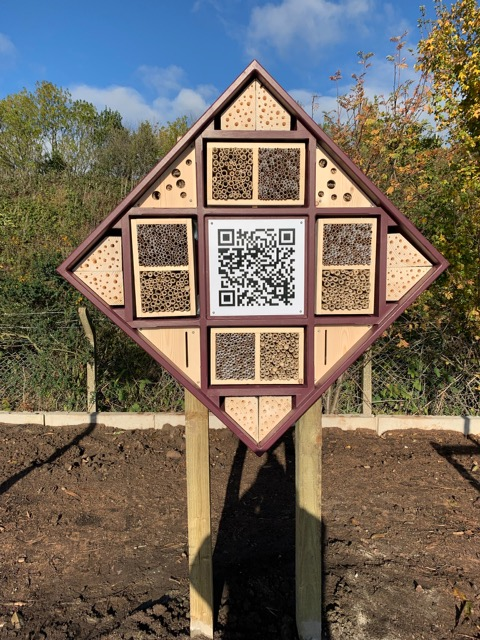