How do crop exposure and agricultural intensification impact the phenotypic variation of bees?

A recently-published PoshBee study assessed the impact of crop exposure and agricultural intensification on the phenotypic variation of bees. Understanding how such environmental stressors impact phenotypic variations is especially relevant in light of the current rapid global change.

Insect wings represent an accurate means to assess phenotypic variation because they are flat, two-dimensional and present many homologous landmarks. Furthermore, several studies show that stressful conditions, such as high temperatures or toxins, could lead to changes in their morphology. To better understand these effects, PoshBee researchers from UMONS, UFZ and UREAD examined the impact of environmental drivers and agricultural intensification on two crucial pollinator species: the honeybee (Apis mellifera) and the buff-tailed bumblebee (Bombus terrestris). 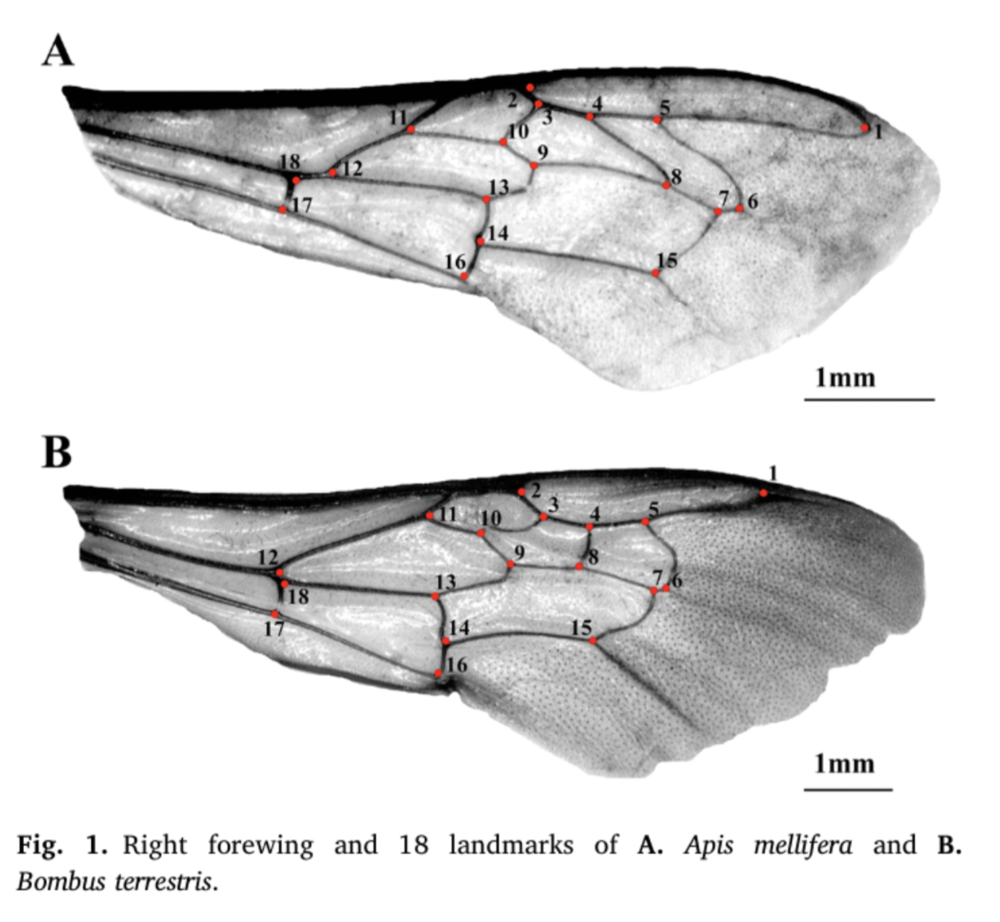 They gathered information from 128 sites across eight countries (representing major European biogeographical regions), two types of crops (apple and oilseed rapes), along a gradient of landscape structure and pesticide intensity during two sampling sessions. In several of the countries, researchers noticed a shift in most of the morphological traits between the two sessions. These results point to the conclusion that phenotypic shifts could occur over a very short period of time. However, researchers highlight that while their study suggests a strong environmental basis for the observed phenotypic variations, more research is needed to identify and investigate the presence of alternative drivers that could explain these morphological changes (e.g. exposure to parasites and pathogens) and assess the consequences of these changes on foraging performance or pollination efficiency.