New research shows the effects of sulfoxaflor on bumble bees

A research article recently published in the Science of The Total Environment journal provides insight into the effects that the consumption of pesticide sulfoxaflor has on bumble bees.

The article called "Sulfoxaflor and nutritional deficiency synergistically reduce survival and fecundity in bumblebees" shows that depending on the level of exposure to the novel insecticide, both lethal and sublethal effects occur, thus threatening bumblebee health. 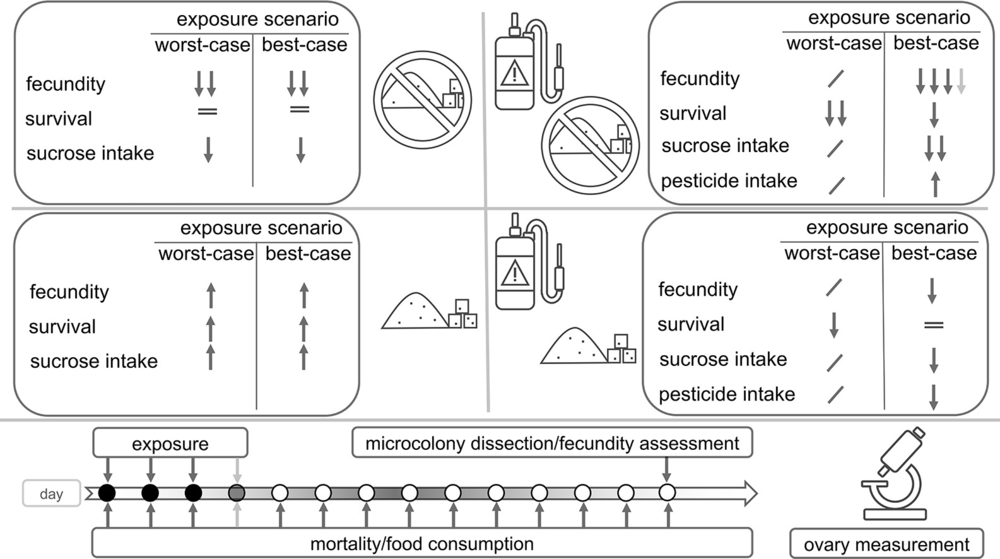 Researchers measured both lethal and sublethal effects of exposure to sulfoxaflor to bumblebees. Nutritional stress was added as an additional factor to sulfoxaflor exposure.

Results show that the combination between pesticide exposure and nutritional stress creates a synergy that leads to reduced bee fecundity and bee survival.

They discovered that under the worst-case field realistic experimental scenario, all bumblebees died within 3 days of exposure. Under the best-case scenario, the effect of the pesticide was lethal only in bees that were also limited to low quality nectar.

In measuring non-lethal effects, researchers observed that bee bumblebee fecundity was strongly reduced in terms of both egg laying, and larval production.

Results have a strong relation to agricultural policy and practice, as sulfoxaflor has been considered as a possible successor to neonicotinoids. For that reason, the large-scale application of the pesticide should be considered in terms of the potential negative effects on bee and pollinator health.