Newly published research looks into the association between the deformed wing virus and the parasitic mite Varroa destructor as a major cause of worldwide honeybee colony losses.

The article featured in Proceedings of the Royal Society B studies the mechanisms through which the mite acts as a vector of the viral pathogen and can trigger its replication in infected bees. The authors develop and test a novel hypothesis that mite feeding destabilizes viral immune control through the removal of both virus and immune effectors, triggering uncontrolled viral replication.

"Our hypothesis is grounded on the predator–prey theory developed by Volterra, which predicts prey proliferation when both predators and preys are constantly removed from the system. Consistent with this hypothesis, we show that the experimental removal of increasing volumes of haemolymph from individual bees results in increasing viral densities. By contrast, we do not find consistent support for alternative proposed mechanisms of viral expansion via mite immune suppression or within-host viral evolution." explain the authors.

These esults suggest that haemolymph removal plays an important role in the enhanced pathogen virulence observed in the presence of feeding Varroa mites. These results provide a new model for the mechanisms driving pathogen–parasite interactions in bees, which ultimately underpin honeybee health decline and colony losses.

Among the authors of the study are PoshBee's partners from UNIUD: Università degli Studi di Udine and CREA: Consiglio per la ricerca in agricoltura e l'analisi dell'economia agraria.

Figure: Increased feeding by Varroa mite as well as increased subtraction of haemolymph cause increased DWV infection in bees. More details in the original study. 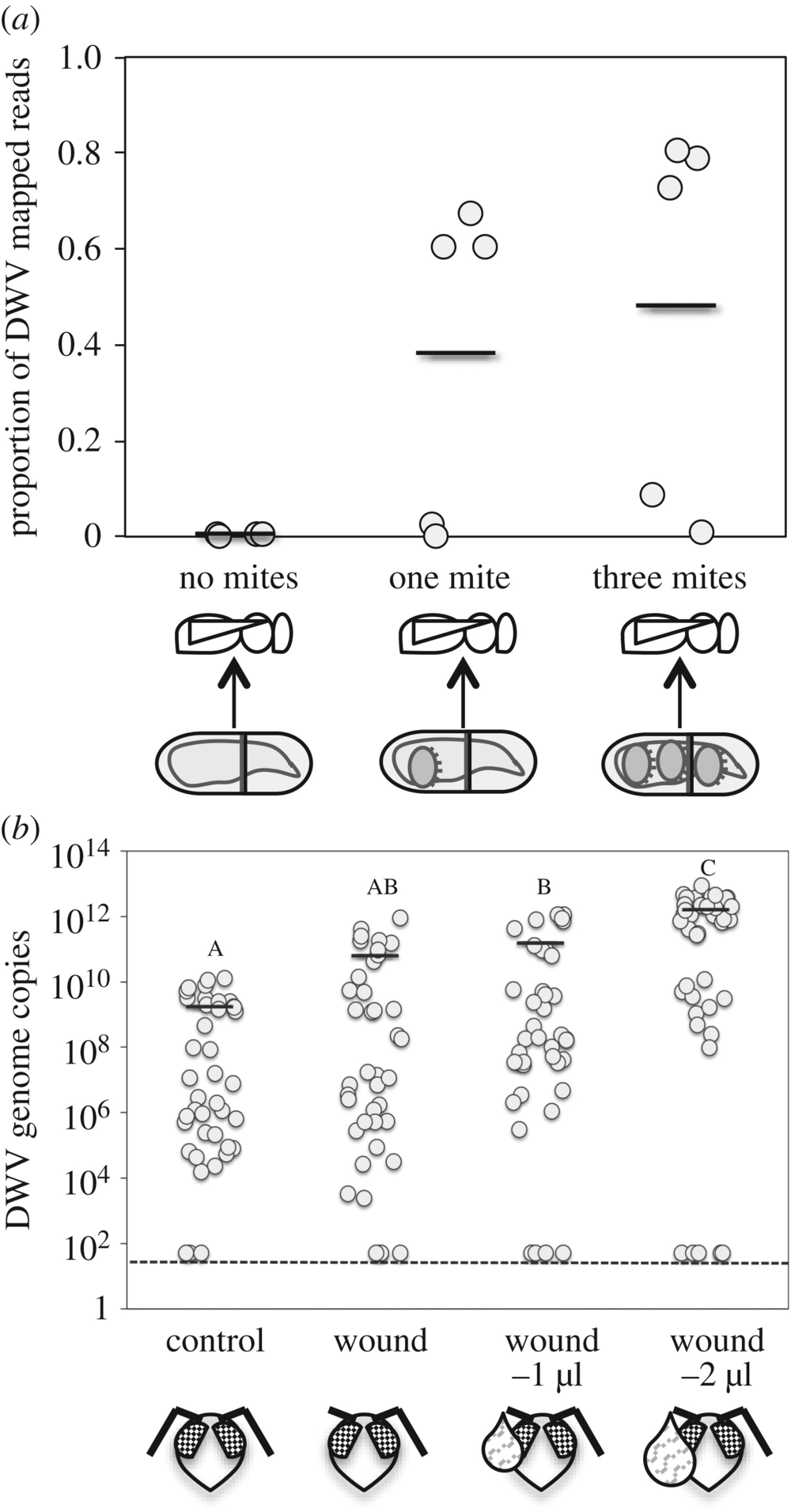 Funding: The research leading to these results was funded by the European Union Seventh Framework Programme (FP7/2007–2013), under grant 613960 (SMARTBEES).